The 2017 Kansas City Chiefs Schedule has been released! The Chiefs will be hosting eight regular season home games at Arrowhead Stadium against the Eagles, Redskins, Steelers, Broncos, Bills, Raiders, Chargers, and Dolphins. Away game opponents are the Patriots (which kicks off the regular season), Chargers, Texans, Raiders, Cowboys, Giants, Jets, and Broncos.

Some classic rivalries are included in the 2017 season schedule as well as some teams we haven’t played in awhile like the Redskins, Bills and Dolphins.

Download a 2017 Chiefs printable schedule and start making plans! Get the best deal on tickets and buy Chiefs Tickets at Tickets For Less- where you never pay fees. 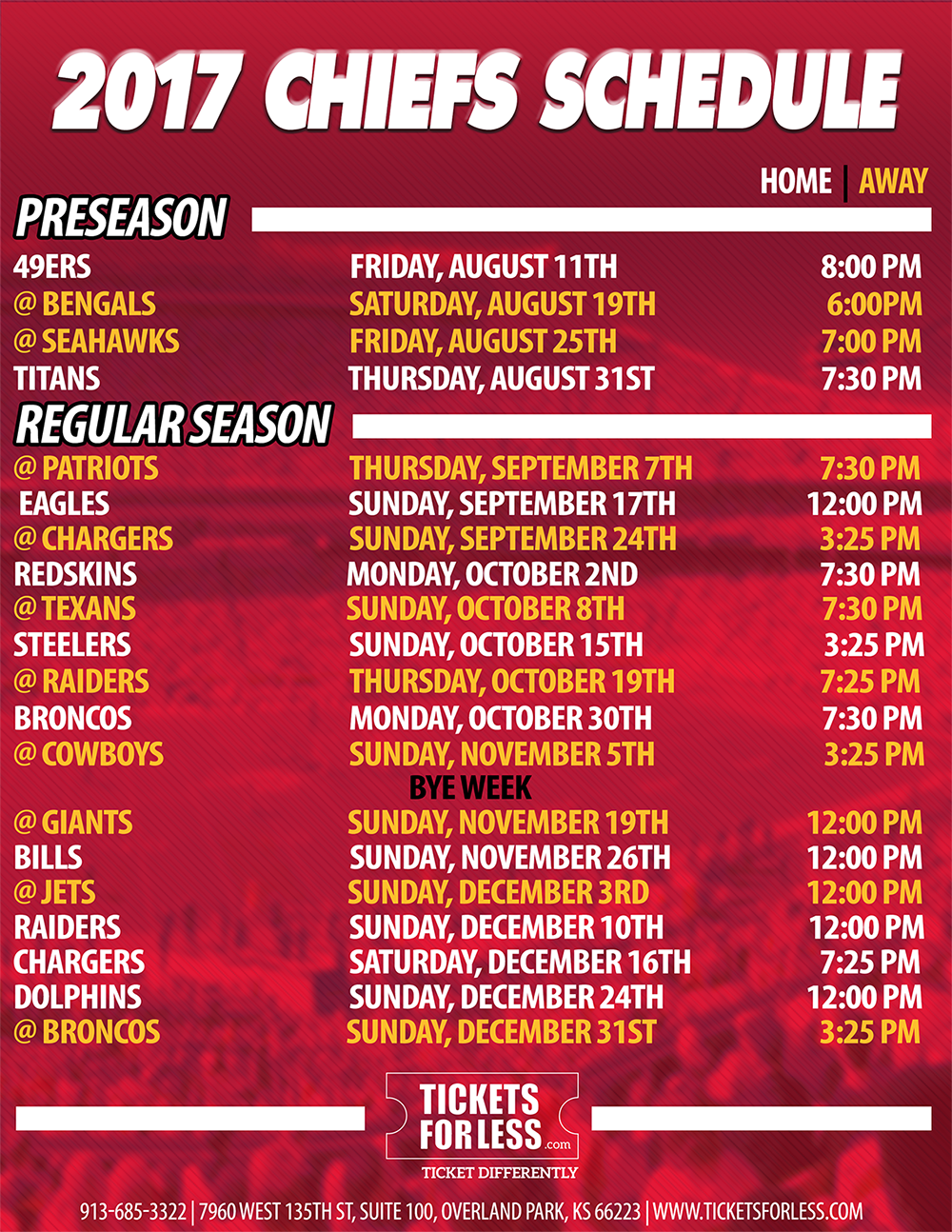