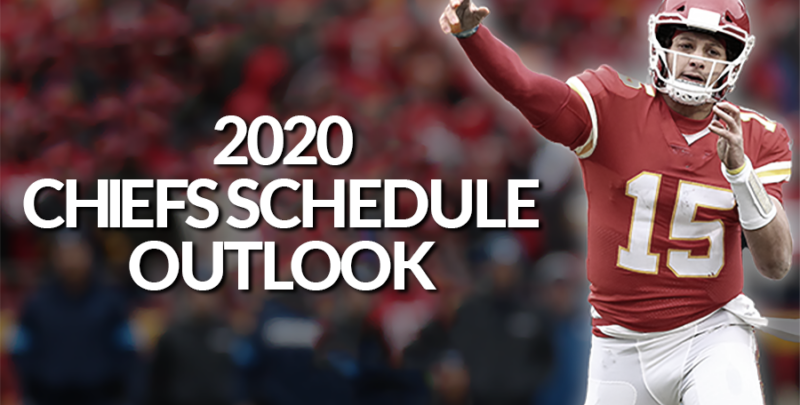 Kansas City will host the Houston Texans to open the season at 7:20 p.m. on Thursday, September 10th. The game is a rematch of the AFC Divisional game at Arrowhead a season ago, a 51-24 Chiefs win.

The Chiefs play division winners in three of their first four games, including Baltimore on the road in Week 3 and New England at Arrowhead in Week 4.

In all, Kansas City has five prime time games and five late afternoon games this season. Below we have compiled a list of the 2020 Chiefs Schedule

Excitement in Kansas City could not be higher as the Chiefs are set to return 20 of 22 starters from their championship roster. There is also excitement building around the 2020 Chiefs draft class, headlined by running back Clyde Edwards-Helaire.

Don’t forget to get your parking passes early and you don’t want to miss the Tickets For Less VIP Tailgate at Chiefs home games in 2020.

Take the schedule with you with our 2020 Kansas City Chiefs PRINTABLE SCHEDULE.