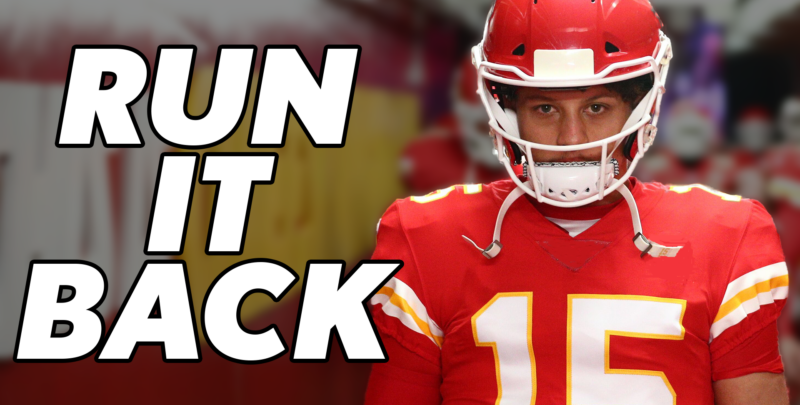 The stage is set for the Kansas City Chiefs and it’s time to Run It Back. The Run It Back tour is set to resume on Sunday at 2:05 p.m. The Chiefs will host the Cleveland Browns in the Divisional Round at Arrowhead Stadium. A victory would pit Kansas City against the winner of Buffalo and Baltimore.

Kansas City and Cleveland have not played since Nov. 4, 2018, a Chiefs victory. Patrick Mahomes was in his first season as a starter, while Baker Mayfield was early in his rookie campaign. Mahomes tossed 3 TDs en route to a 37-21 victory in Cleveland. Mayfield finished with a pair of touchdown passes in the loss.

Mahomes and Mayfield also battled it out in one of the craziest offensive performances ever in college. Mayfield and Oklahoma bested Mahomes and Texas Tech, 66-59 on Oct. 22, 2016. Mahomes finished with 819 yards of total offense, including 734 passing yards while Mayfield tossed an OU record 7 touchdown passes.

Clearly, none of their previous matchups will mean much of anything come Sunday when the two teams meet at Arrowhead Stadium. Kansas City has its eyes set on repeating as world champions, while Cleveland will be looking to reach the AFC Championship for the first time since 1989.

How the Chiefs Move On

Quarterback Patrick Mahomes said this week that starting fast and avoiding a large deficit is always important to the team.

“It makes it a lot easier,” Mahomes said in a press conference. “It’s not something that we necessarily talk about, I think it’s just kind of understood that we need to come out playing our best football. The team that we’re playing is coming in with a lot of confidence, playing really good football, so we want to do whatever we can to get off on the right foot and build a lead early.”

Tickets to Sunday’s Divisional Round game are in extremely high demand. With limited capacity and a bevy of early buyers, limited Chiefs tickets are still available.

AFC Championship Game tickets are also available now if you are one to plan ahead. The same limited capacity rules will be in place at Arrowhead for the game on Jan. 24th, so buying early could be your best bet to save some money and ensure your spot at the game.

At Tickets For Less, your purchase is backed by a 100% Fansurance Guarantee. If a game is not played in front of fans or is canceled, you will receive a full 100% refund on your purchase. No site credit or vouchers, just a full refund back to the customer.

Find Chiefs tickets and learn more about the 100% Fansurance Guarantee today at www.ticketsforless.com.