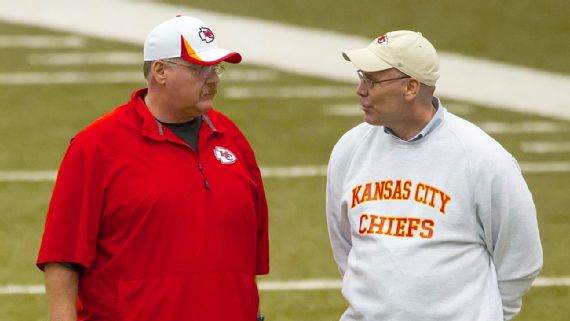 With the NFL draft looming, it will be interesting to see what the Chiefs do with their 28th overall pick. You can listen to the draft live on Sports Radio 810 this evening if you aren’t able to watch. We are very much looking forward to being out at Arrowhead for the watch party.

The common opinion is the Chiefs need to go with a Cornerback, and the popular names are Eli Apple from Ohio State, and William Jackson III from Houston. It is certainly a priority position for the Chiefs, but they aren’t used to drafting this late in the first round. It had been a long time since the Chiefs had won a playoff game, and winning just a single playoff game can bump you down 3-4 spots.

With that said, do you take the best player available regardless of the position? There may not be a wrong way to do it and it’s been proven at this point you can trust Jon Dorsey in the draft. This is just new territory for the Chiefs to be drafting 28th, and there is a chance everyone you are targeting for that pick could be off the board. I would be shocked if Eli Apple isn’t already taken.

If you are looking at the best player available, you could be looking at a wide receiver in Will Fuller from Notre Dame. Maybe Emmanuel Ogbah, a defensive end from Oklahoma State. There is certainly talent at the bottom of the first round. The Chiefs are in position where maybe they could take a project player. Someone who may take a year or two to develop before he becomes a full time starter.

It would not be surprising to see the Chiefs trade this pick, especially since they don’t have a third round pick. This is just unfamiliar territory for the Chiefs to be drafting this low, so let’s sit back, watch the first 27 picks unfold, and enjoy the draft.  If a trade occurs, it seems likely it would happen while the Chiefs are on the clock.  One other player to watch is Memphis quarterback Paxton Lynch.  Teams are being very quiet about the consensus third best QB in this draft and it’s believed he could go anywhere from the 8th pick to the 31st.  Lynch is a real wildcard but Andy Reid and John Dorsey have made their living taking Quarterbacks and stocking up the position.  If the third best QB is at #28, you can bet they will pounce.

This years’ draft probably won’t be as watched as drafts in recent years. This draft doesn’t have one of those controversial figures like a Jameis Winston, Johnny Manziel, or Tim Tebow. There will probably be a lot of people tuned out by the time the Chiefs pick, unless there is a crazy trade or something, but look for this TV rating to be lower than last year’s.