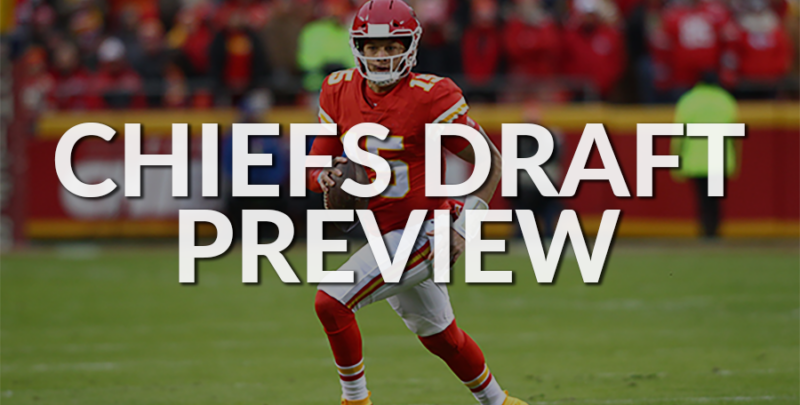 With the 2020 Pro Football Draft coming up next weekend, a multitude of casual fans will be watching for the first time. More fans will likely be intrigued by the event than ever due to the current global circumstances and a first-of-its-kind virtual draft. Today’ we’re providing some insight with a Chiefs Draft Preview for Kansas City fans.

The draft is a three-day event that will cover seven rounds of picks, beginning on April 23rd. As the reigning champions, the Chiefs will select last in each round, but ahead of any compensatory picks that are added after each team makes their initial selection.

As it stands today, here is a breakdown of Kansas City’s 2020 draft picks:

For those wondering why the Chiefs have only five selections in a draft with seven rounds and extra compensatory picks for some teams, there is a reason for that. Let’s break it down:

While the Chiefs currently have just five picks, there is a chance they could acquire more via a trade. Last season, Kansas City acquired a compensatory second round pick when they moved Dee Ford to San Francisco, which has turned into this year’s 63rd pick.

The logical trade piece for the Chiefs, as tough as it is to say, is Chris Jones, who was franchise tagged by Kansas City earlier this off-season. Another way Kansas City could acquire more picks is to trade back in the draft to acquire picks. An example would be trading the 32nd pick to a team for their second-round pick and another later round pick.

If you feel like you want to play Armchair GM and execute a mock draft for the Chiefs, we have compiled some free, easy options for you to do so. From making picks to working trades, these mock draft simulators will help you get ready for this year’s draft:

Since the event will be held virtually this year, we’d like to invite you to follow along with us on Twitter, as we share commentary on the Chiefs picks, relevant opponents, divisional impacts and key player picks.