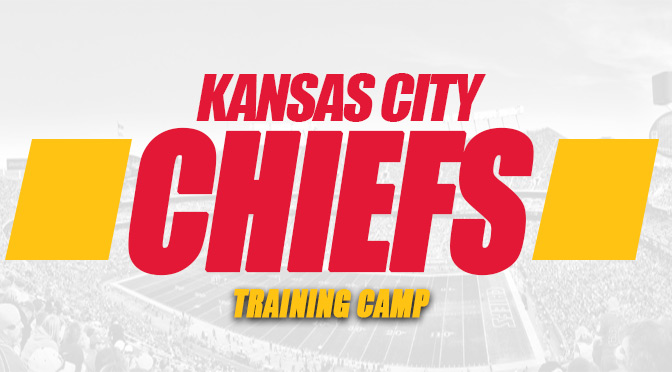 It’s a big week for the Kansas City Chiefs, as players arrive for training ahead of the 2015 season.

Veterans aren’t scheduled to arrive at Missouri Western State University in St. Joseph, MO, until Friday, but rookies and injured players will begin to trickle until throughout Tuesday to kickoff what has become a popular time of year for local fans.

Training camp, taking place close to the KC metro, has become a hot-spot for fans looking to get an early look at their team before preseason games begin. This year, the Chiefs will have their first tune up against the Arizona Cardinals, August 15th, at University of Phoenix Stadium in Tempe, AZ (tickets available at Tickets For Less).

For Kansas City, first-round selection Marcus Peters will be one of the main attractions in terms of newcomers, but players such as Jamaal Charles, Alex Smith, Jeremy Maclin, Justin Houston, and Derrick Johnson, will be the center of attention for what is once against expected to be a consistent flow of fans.

Most pundits from around the country covering the NFL believe the Chiefs have a chance to compete for a division title and make a run at the AFC Championship.

The biggest question-mark for KC is whether or not the passing game can improve enough to support Jamaal Charles and limit some of the work-load for the All-Pro.

Charles serves as the majority of the offense for the Chiefs, and over the years has racked up a number of injuries. Head coach Andy Reid would like to expand the offensive production, which is why the Chiefs and GM John Dorsey went out and secured Maclin, a former Missouri Tiger star and a highly productive receiver for the Philadelphia Eagles since his arrive to the NFL.

Although he suffered a significant knee injury, Maclin bounced back last season under Chip Kelly and his high-octane offense. The hope is Maclin will add speed and a down-field threat for Alex Smith in order to force the defense to respect the vertical offense.

As players arrive for training camp and football season inches closer to starting, the excitement around the city will only increase.

Chairman and CEO Clark Hunt recently announced that the annual Red Friday event, which kicks off the season before the home-opener, will be held on game day this year, which features a Thursday night Chiefs vs. Broncos CBS broadcast.

Holding the event on a non-Friday will mark the first time in the 24-year history of Red Friday, will provide the same entertainment and excitement as it has since its inception.

Monday, the Chiefs official twitter page released the Chiefs Kingdom flag design, a keepsake which will surely be highly sought after.

With the season around the corner, head to Tickets For Less to purchase your tickets to Chiefs games, home and away. With the best seats and the best prices, Tickets For Less is your source for incredible deals on ticket packages to each and every game!