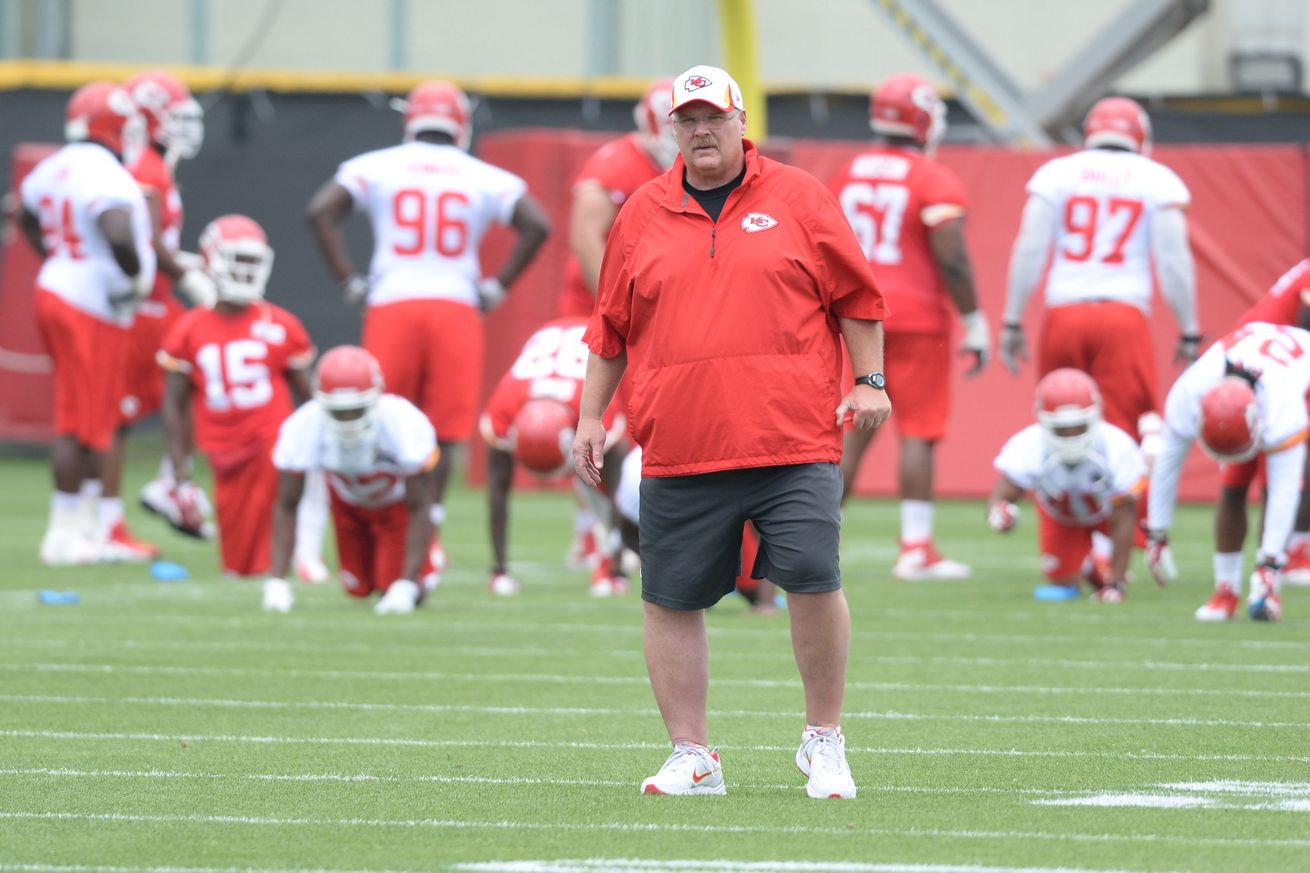 The Kansas City Chiefs, coming off–by all accounts– a good draft yet somewhat controversial one with the selection of Tyreek Hill, kicked off a three-day minicamp which includes all nine rookies among the 67 total players taking part.

As per tradition, former Chiefs, including Will Shields and Len Dawson, took part in a rookie dinner before hitting it hard.

Prior to taking the field, meetings were conducted with players followers by a walkthrough. Among the purposes of rookie minicamp is to integrate the newly signed (and still unsigned) players into the culture of the Kansas City Chiefs in order to develop a comfort zone and a sense of understanding as to how things work.

In the afternoon sessions, it was non-contact and helmets only for a three-hour practice before ending the day.

As Andy Reid discussed following the opening day of camp, it’s all about installing a system and developing an understanding with players that are hearing language and specific schemes for the first time. Every single word is a detail which must be engrained in the heads of each player.

Each of the rookies were blown away by the experience of stepping into an NFL setting for the first time. Rookie receiver Demarcus Robinson from Florida made several impressive plays on the practice field against tight coverage. He appeared to have solid ball skills and athletic enough to make tough catches from a variety of angles.

Camp will continue into Sunday and Monday.

Don’t forget to get your tickets to each of Kansas City’s 2016 home games at Arrowhead Stadium. Tickets For Less has a variety of seating options available for purchase, as well as parking passes at the Truman Sports Complex. With zero hidden service fees, what you see is what you get on all ticket purchases. Don’t miss out on any of the action at Arrowhead this season!