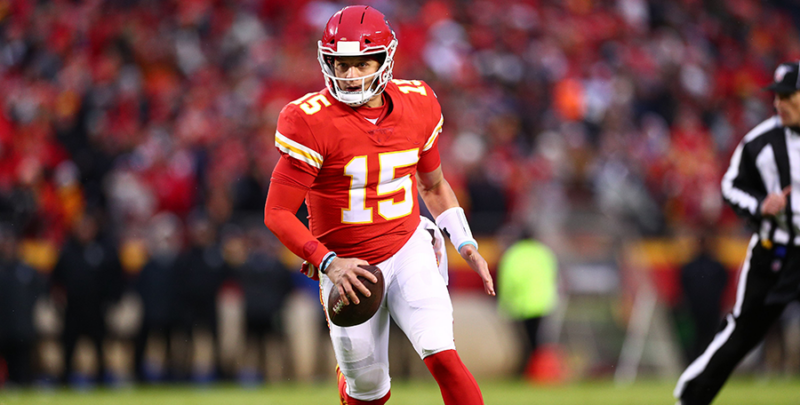 The National Football League and the NFL Players Association have agreed to a salary cap ceiling for 2022, which has been set at $208.2 million. If the cap were to hit the ceiling, it would mean a 14% increase from 2021, a potential jump of $25.7 million for the 2022 Chiefs salary cap.

This is great news for the Kansas City Chiefs, who signed superstar quarterback Patrick Mahomes to a 10 year, $450 million contract extension back in January of 2020. With Mahomes locked up, an increase of $25 million+ would free the Chiefs up to continue bolstering their championship-caliber roster.

While the announcement of a possible 14% increase is great, it comes after the cap dropped nearly $16 million from 2020 to 2021. The 2020 salary cap in the NFL was $198.2 million, but it dropped to $182.5 million in 2021. This drop was directly related to the pandemic year, which saw many teams play in empty stadiums last season.

The lower cap number has the Chiefs, as well as the rest of the league, get very creative with their rosters. Many veteran players have become “cap casualties,” creating a large free agent pool of players. Many of these players remain unsigned as training camp nears this summer. Below is a list of free agents the Chiefs have signed for the 2021 season.

An increase in the 2022 Chiefs salary cap could mean big things for the franchise. Kansas City invested heavily in the offensive line, for good reason, ahead of the 2021 season. Doing so means that other position groups will likely have less depth.

The increase ultimately means that Kansas City could have $20 million to work with next offseason, which is important considering this is before any of Mahomes’ base money is converted into signing bonus to free up more space.

With the anticipation of full stadiums across the league in 2021, the Chiefs can begin to plan ahead for next offseason. One thing that this news could bring about is an extension for safety Tyrann Mathieu. An extension has been rumored all offseason, but now that the cap picture is a bit more clear, things could heat up.

Any way you look at it, this is great news for the Chiefs, as well as the entire league. With the way the roster currently sits, the Chiefs should be in the thick of another Championship run come January. And now, with the potential of full stadiums and an increased cap, the roster should stay that way for years to come.