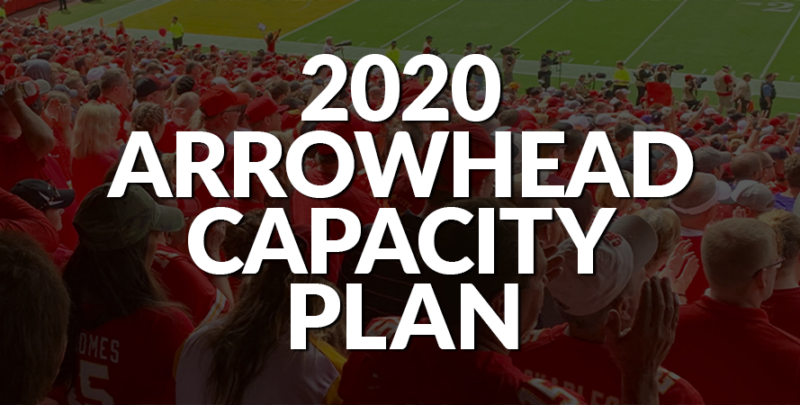 The Kansas City Chiefs announced on Monday their plan for reduced seating capacity at Arrowhead Stadium for the 2020 season. | Full Chiefs Release

The team announced that they have finalized plans for a reduced capacity of about 22 percent to start the 2020 season. This plan, which was established under the direction of local officials, medical experts, team officials and the league, is in place for at least the first three home games.

The Chiefs announced back in July that they were planning for reduced seating capacity this season. The announcement was due to concerns surrounding the COVID-19 pandemic. Because of those concerns, the team voided all previously issued tickets for the 2020 season. This included all tickets for season ticket holders and single game purchasers.

For fans looking to secure a spot at Arrowhead this season, a refundable $100 deposit toward tickets can be placed today with Tickets For Less. You simply select the game/games you’d like to attend and place your deposit. You will then be contacted by TFL staff to discuss seat locations when they become available.

Deposits are currently available for all eight Chiefs home games despite the team only announcing their plan for the first three home games of the season. Depositors who select games in November, December or January will be contacted when ticket information of their selected games become available.

If for any reason the capacity at Arrowhead Stadium changes before your selected game and tickets will not become available, your deposit will be refunded through the 100% Fansurance Guarantee. If you purchase tickets to a game and it becomes canceled, or capacity is changed and it voids your tickets, you will also receive a full refund.