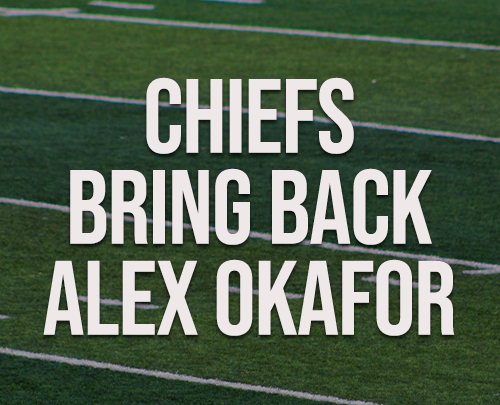 On Tuesday, the Kansas City Chiefs announced that they resigned defensive end Alex Okafor to a one-year deal. Okafor first joined the Chiefs in 2019 after the introduction of defensive coordinator Steve Spagnuolo.  | CHIEFS TICKETS

In the last two seasons, Okafor has played in 21 games while starting nine of them. In total, Okafor had 38 tackles, eight sacks, and six tackles for loss.

With all the uncertainty surrounding Frank Clark, Okafor was a smart signing for the Chiefs. Okafor is an experienced veteran that already knows the Chiefs’ defense, so bringing him back is a big plus considering the lack of depth at the end position.

The Chiefs had reportedly been linked to Melvin Ingram, but Ingram signed with the Pittsburgh Steelers early this week. The Chiefs and Alex Okafor might still be a better fit as Ingram would have had to learn the system.

As preseason approaches, free agency will be ending soon. With a few holes left on the roster, the Chiefs will likely spend the coming weeks investing in the remaining free agent pool.